“Lisa Nandy is a breath of fresh air in the debate over Labour’s future.

“The more members see of Lisa in this contest the more impressed they will be by her ambition, optimism and decisive leadership. GMB is proud to nominate her. 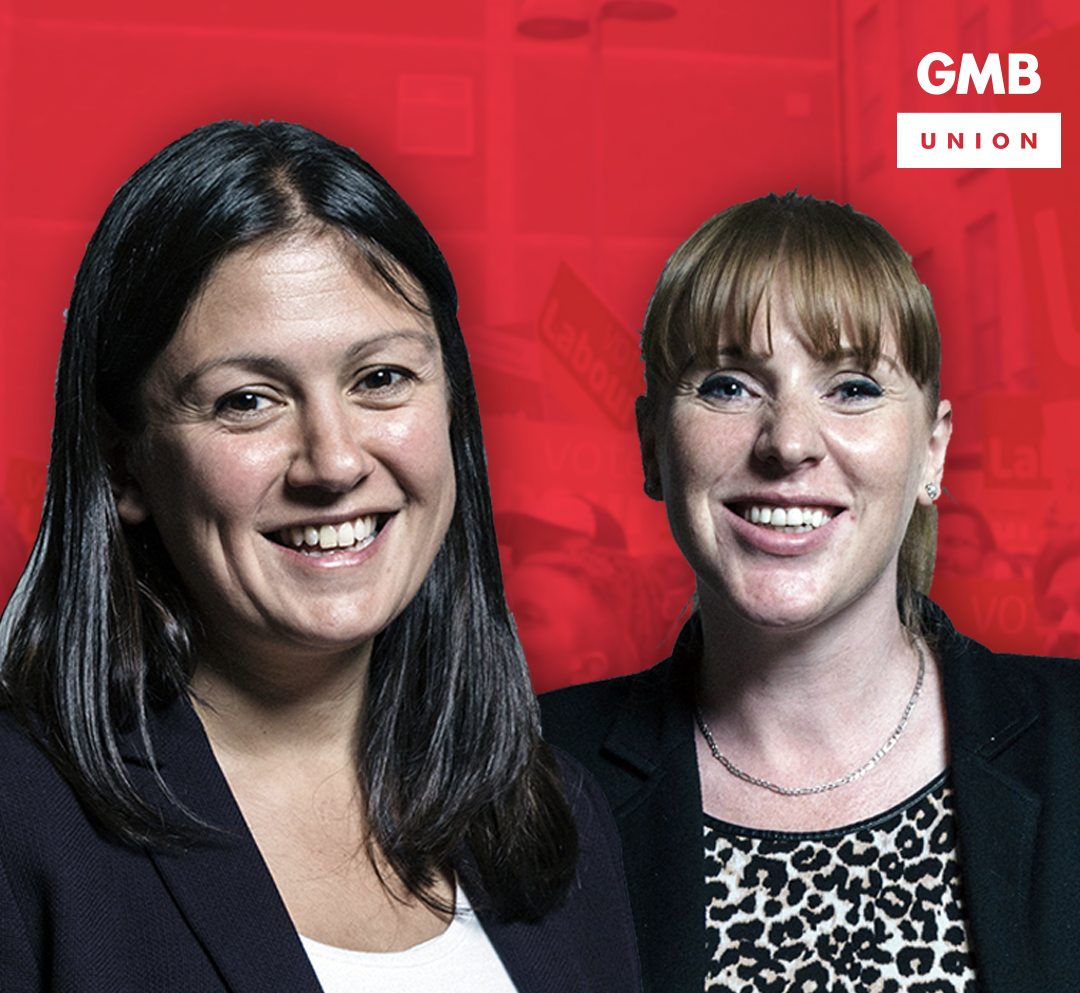 “Lisa won’t shy away from the tough challenges or bold decisions that lie ahead, because she knows that after fifteen years of losing elections, more of the same won’t cut it.

“A candidate entrenched in the union movement, Lisa gets the scale of the challenge.

“She will raise Labour’s game with a bold agenda that puts people first and grounds politics in their lives.”

“For the members I represent, Angela Rayner shows that politics is about them and rooted in real life.

“To those people who believe that politics is not for the likes of them or have been told their whole lives not to get ideas above their station, Angela Rayner is a role model and an inspiration. One who walks the talk.

“What a message it would send for a former minimum wage care worker to go from looking after people as a home help to being Deputy Leader of the Labour Party – that’s what our party was founded on, it’s who we should be.

“Angela is not just an inspiring activist and fearless organiser, she gets the scale of the challenge Labour faces and the need for a team effort that brings unity and takes the party forward to win again.

“With Lisa and Angela at the helm, Labour can do things differently. The Party can be relevant, bold, and truly grounded in their lives.”

GMB members opting in to the Political Fund are entitled to vote for free in the Labour Leadership elections – and you don’t need to be a Labour member.